This is an excerpt of an article from: qz.com

In November of 2015, scientists in southeastern China were combing through bacterial samples when they discovered something that would immediately grab the attention of the entire medical community. Many of the bacteria collected were carrying a new gene called MCR-1. This gene produces an enzyme that makes bacteria invincible to one of the world’s most powerful antibiotics, a drug called colistin, which is only used as a last resort when all other antibiotics have failed. So far, MCR-1 has been detected in at least ten countries, including Canada, China, and the UK.

The threat to colistin is far from a one-off. Over the past few decades, our existing antibiotics have increasingly been rendered useless, one by one. But no one can say we haven’t been warned.

Today, 23,000 Americans die each year from infections caused by antibiotic-resistant bacteria, according to the US Centers for Disease Control and Prevention (CDC). Across the world, the estimated annual mortality rate is 700,000. If these trends continue, by 2050, 10 million people globally will die each year, as the potent diseases of previous centuries return to their old force, according to the Review on Antimicrobial Resistance. In 2012, the World Health Organization (WHO) reported an estimated 450,000 new cases of multidrug-resistant tuberculosis. The emergence of multiple drug-resistant pneumonia and E. coli bacteria strains are predicted to contribute significantly to increased mortalities due to their ability to spread rapidly through populations. 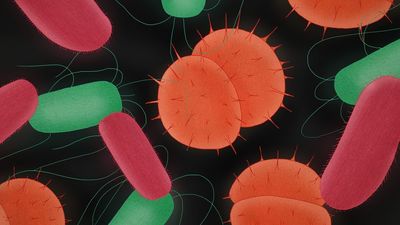 The piece from Quartz summarizes perfectly the actual siuation of antimicrobial resistance and the reasons why we took so long to react! We have a huge global challenge ahead of us and we need to be prepare.
One of the problem to solve is the overprescription of antibiotics. The issue is that microbial diagnosis requires centralised diagnostic laboratories, where procedures may take several days to complete, often forcing doctors to make empirical, rather than evidence-based, treatment decisions. Such rushed prescriptions are only partially useful and and in many cases wholly ineffective and leads to antimicrobial resistance.